This week I am flying to San Francisco to attend the 147th annual meeting of the Society for Classical Studies and Archaeological Institute of America. The meeting will be taking place from January 6-9, and I’ll be staying in San Francisco until Sunday. 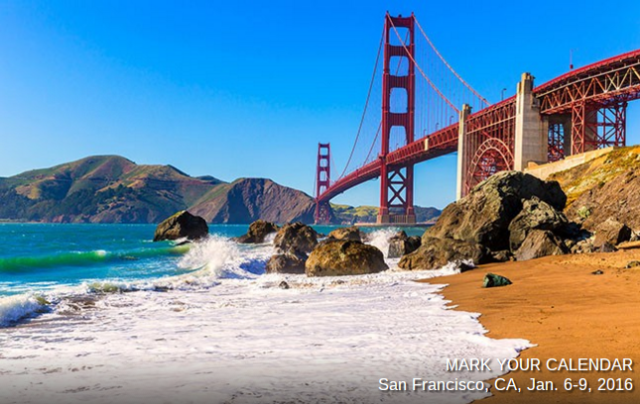 The Society for Classical Studies (SCS) is basically the Classics equivalent of the Society of Biblical Literature (SBL). I wrote earlier this year about attending the 2015 annual SBL meeting in Atlanta.

It’s going to be a busy year of conferences ahead, since I have also been accepted to present at two more conferences in the upcoming months, one at the Pacific Coast 2016 SBL regional meeting at Claremont in March, and another at the American Academy of Religion 2016 Western Region annual meeting in April, which will be taking place at my alma mater, the University of Arizona.

If anyone who follows the blog will be at San Francisco this upcoming week (especially if you are attending the SCS/AIA), drop me a line if you would like to meet up.

This entry was posted in Academic Conferences, Announcements, Miscellaneous and tagged Archaeological Institute of America, Society for Classical Studies. Bookmark the permalink.